In the 1960s, containers became the preferred way of shipping goods around the world. The appeal was that every container conformed to sizes defined by the International Standards Organisation (ISO), 40’ x 8’ x 8’6” or 20’ x 8’ x 8’6”. (See Wiki article). Before long the concept of fitting a cylinder inside the standard 20’ frame was adopted and the ISO Tank Container was born. ISO Tanks became a standard for the transportation of liquids (including fuel), chemicals, gases, powders, and even some types of food, around the world.

Steve Darnell, founder of Qualitank, began work for Trafpac – one the first ISO Tank companies in the world. Before long he was running his own tank repair business, and, over time, moved into the sale and hire of used ISO Tanks. Qualitank Services was incorporated in 1992.

An ISO Tank Container (sometimes called ‘Tanktainer’) is a cylindrical vessel, usually made of 316 grade stainless steel, fixed to a mild steel frame, usually welded. The thickness of this container will vary depending on the purpose of the tank and will be rated for a specific working pressure. Beyond that, there are a bewildering array of variants. Tanks are generally designed for a specific purpose or product and therefore there is no fixed construction that applies to all tanks. Because the product to be carried may have a specific gravity that restricts the volume that can be carried and because there are limits to the weight that a loaded ISO Tank can be, the capacity of tanks varies greatly, typically from 21,000 Litres up to 27,000 Litres in a standard sized frame. (Smaller capacities will likely be in a smaller frame – 8′ high rather than 8’6″) Capacities beyond this are possible by extending the tank length so it sits outside of the standard frame and these tanks are known as ‘Swap Bodies’. Swap Body tank capacities can exceed 30,000 Litres.

Tanks used for the transportation of dangerous goods must meet standards applicable to the mode of transport. Since ISO tanks are Intermodal (able to be carried by Road, Rail and Truck) they must meet standards as defined by the relevant mode of transport. When tank has been built it will be tested and issued with a certificate specifying which of the standards it meets. The tanks will have a partial retest at 2.5 years and a full retest every 5 years. The most common type of tank is UN type T11 which can carry more than 1000 types of dangerous goods. T11 tanks are the most common tank in use, tested to 6 bars of pressure and have a working pressure of 4 bar. (Qualitank keep a number of tanks available which have current valid test certificates.)

When sourcing our tanks we remove the identifying marks of the previous owner and apply our own numbering system based on internationally accepted code. This means that every single tank or container shipped around the world has its own unique number. Most of our tanks begin with the prefix QTSU….

The bottom discharge outlets of UN type T11 tanks must have at least three independent closures that can stop the flow of any contents. 2 open/close valves and a screw on cap qualifies as the usual arrangement.

For inspection purposes there is an opening on top of the unit (man lid) that is 500mm or larger in diameter. Usually this is positioned inside an external fitting known as a spill box. The man lid is sealed with a high-quality gasket. The spill box is as it sounds, there to collect any spillage of the tank contents. Within the spill box is often a valve that allows for the depressurisation of the tank, sometimes with a means of safely collecting or returning the gas back into the tank.

As ISO Tanks are designed to be pressurised there is an air inlet/outlet valve, usually at the top of the tank.

As a tank container is designed to be pressurised then there has to be a pressure relief valve, often also incorporating a vacuum relief in the one piece of equipment.

Every tank will have a data plate on which are stamped important details about the tank. Manufacturer, Serial Number, Year of Manufacture, Date of first test, Date of last test, the type of test (2.5 or 5 year), Tare Weight, and Maximum Gross Weight are some of the information recorded on the data plate.

Uses for an ISO tank container

Tank Containers are extremely configurable and may be built to safely carry a huge variety of loads, such as:

Below are examples of used ISO Tanks we have supplied to our customers. Modifications such as external heating, level alarm, level indicator added to some.

Use the contact form or email info@qualitank.co.uk for more details. 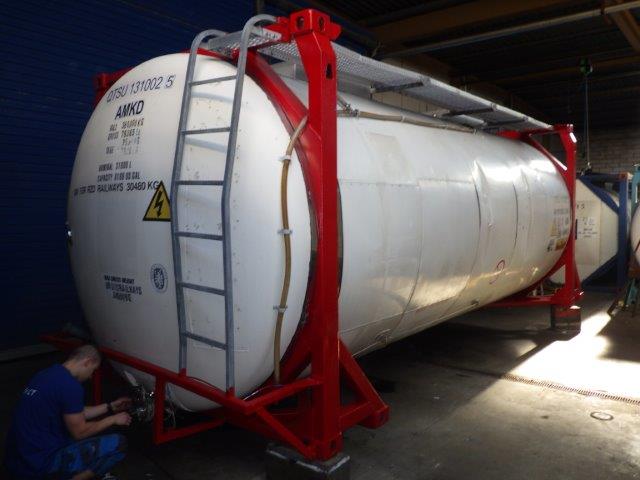 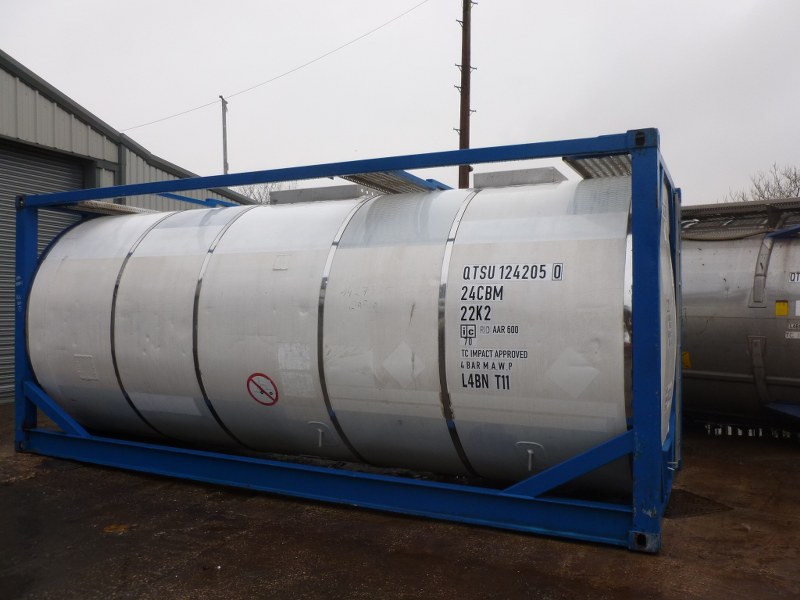 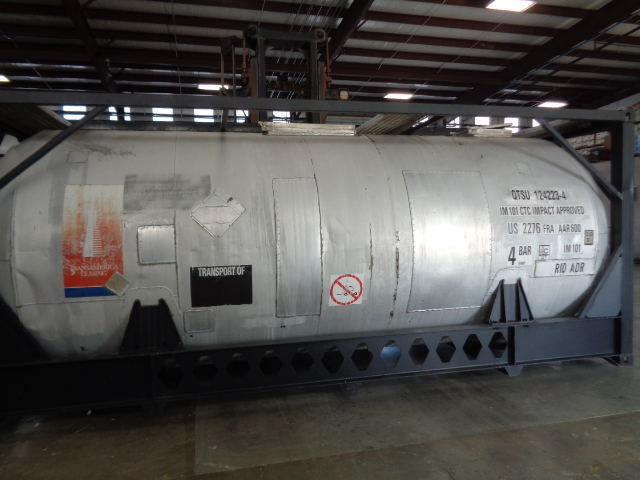 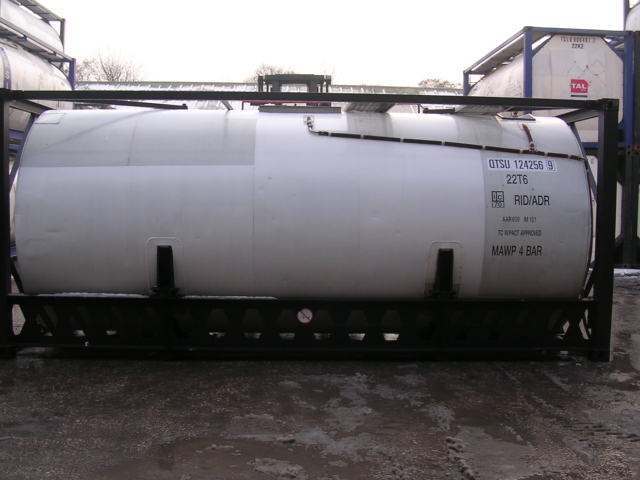 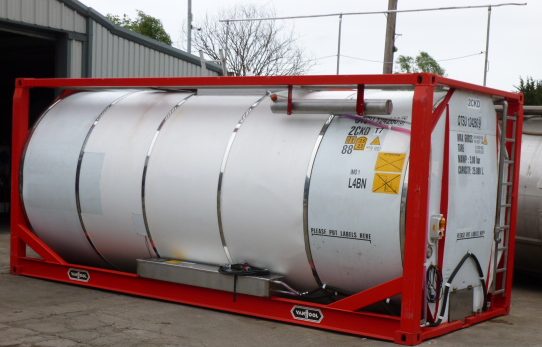 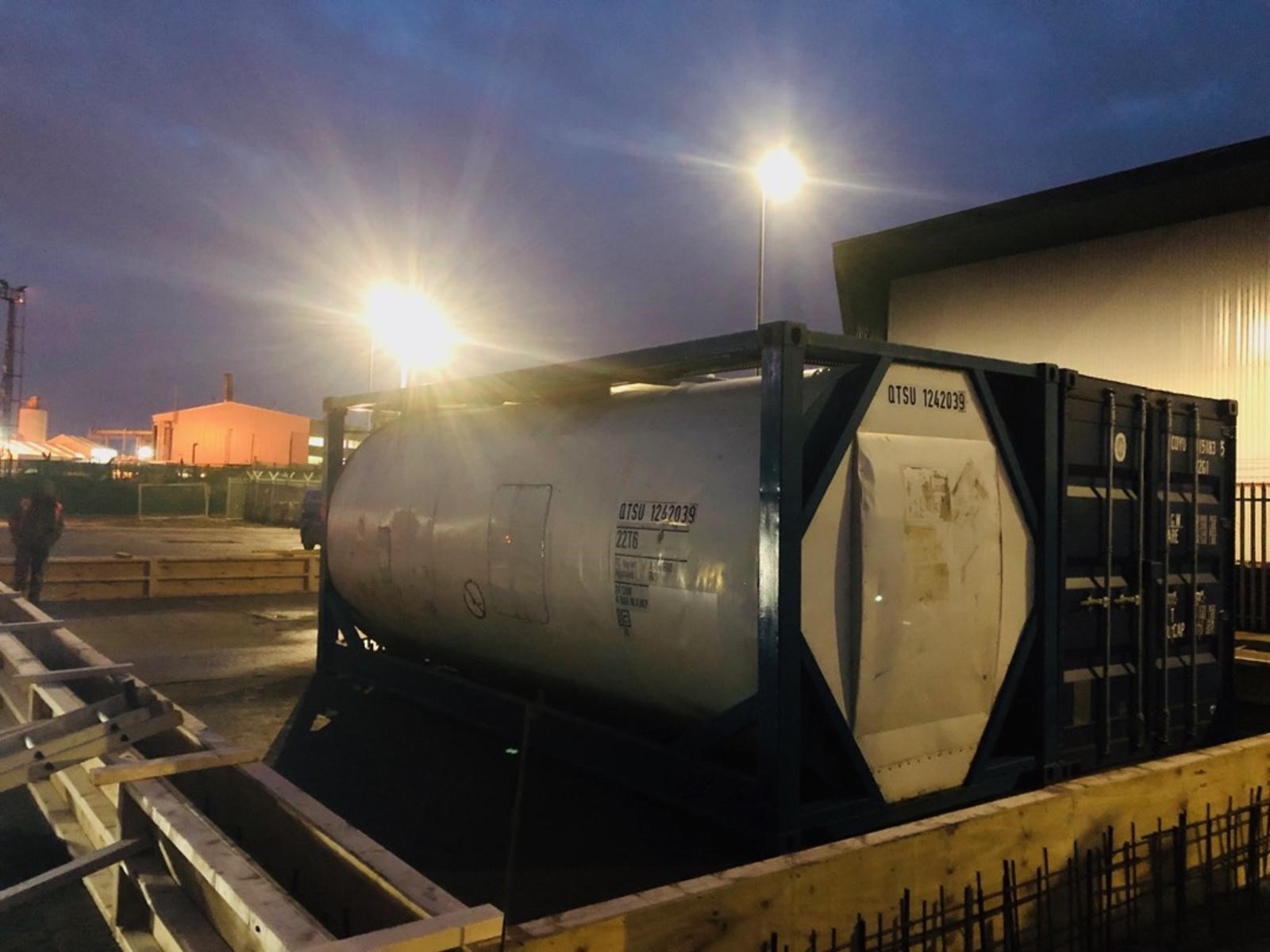 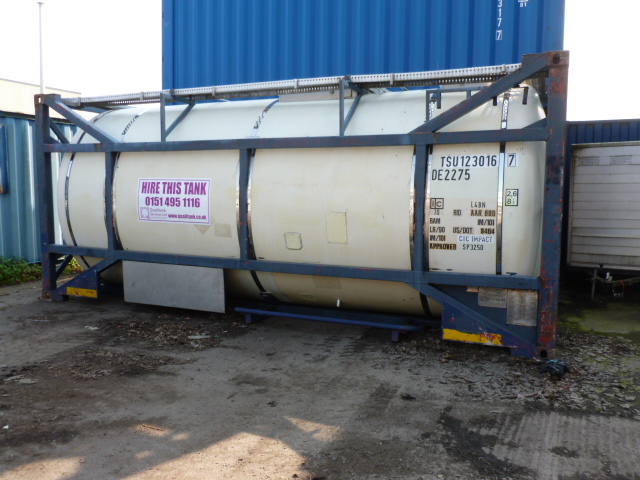 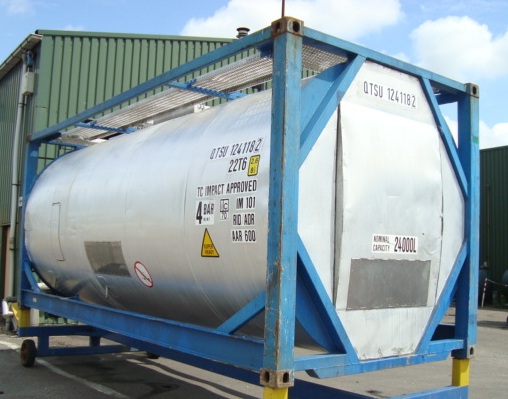 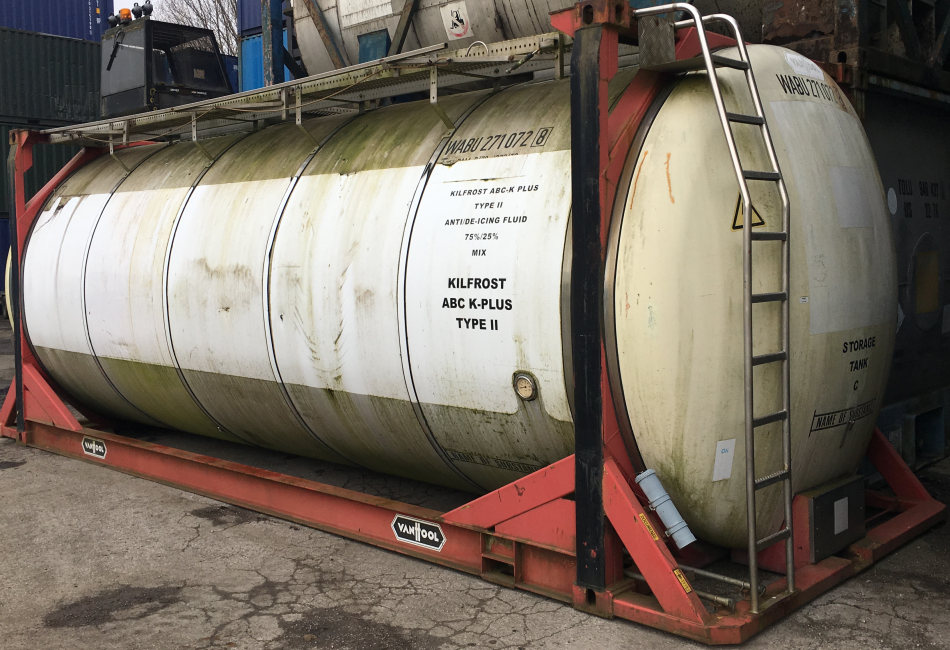 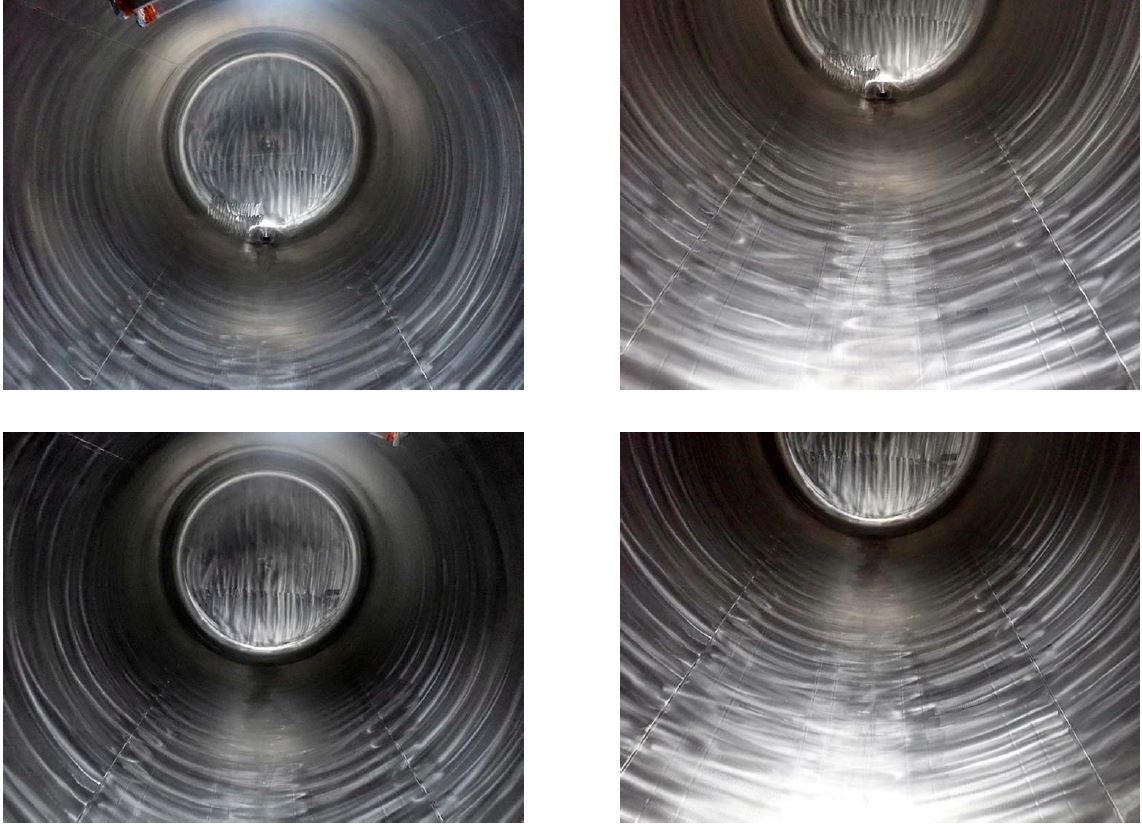 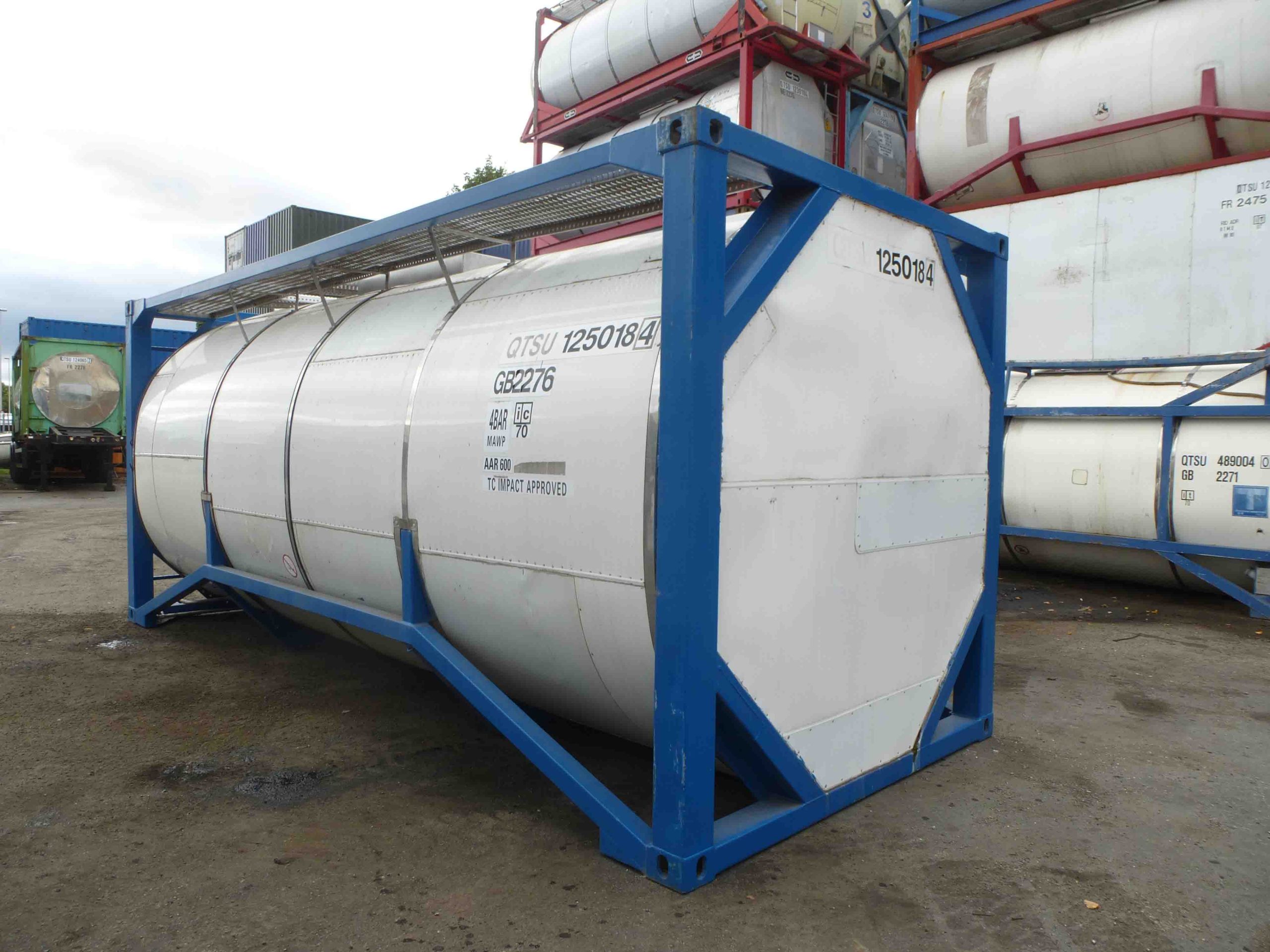 If you would like information about the purchase, hire, modifications, or repair of ISO tanks, please do not hesitate to contact us by phone, the contact button above, or by email.

Our premises at Harrison Street are an industrial workspace where heavy machinery is in operation. For safety reasons, visits are strictly by appointment only